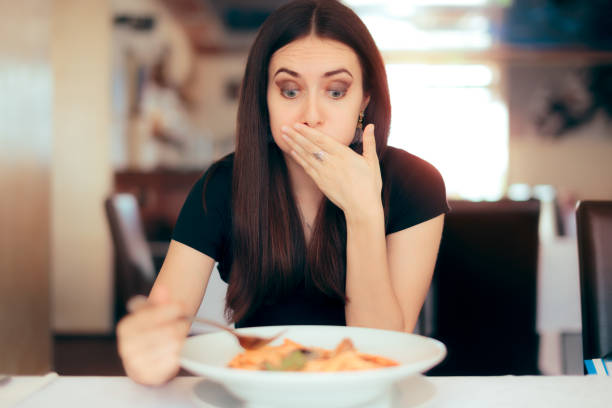 Is maggot-covered cheese disgusting or delicious?

This is not a trick question. People from Sardinia love the “casu marzu”, a sheep-milk cheese seasoned with fly poo and crawling in thousands of larvae. It is also highly valued for its unique flavor and eaten with the maggots that writhe on the surface.

Casu marzu (or “putrid cheese” known in Sardinia) can be a bit difficult to swallow if it’s your first time. Similar issues with other regional delights include Kazakhstan’s fermented mare milk, China’s spicy rabbit heads, and Peru’s roasted Guinea pig. These delicacies are very popular in their respective countries, but they can cause resentment or dismay among diners who have not tried them.

You might be curious which foods trigger the most queasiness in first-time eaters. A new exhibit, the Disgusting Food Museum in Malmo (Sweden), now houses 80 of the most bizarre and repulsive edible oddities globally, including maggoty cheese.

The museum is filled with unusual flavors and scents. The museum features a variety of unusual foods, including frog smoothies made from Peru, durian fruits from Thailand that are foul-smelling, and Finland’s salty black licorice. Also, there is a bull penis from China, slimy, fermented soy — also known as “natto”, which is a Japanese breakfast dish.

On the other hand, Ahrens’ wife, who grew up in the Philippines, considers balut “absolutely normal,” he said.

Each dish must be gag-inducing by its appearance, smell, or texture. It also has to be considered delicious “somewhere in this world”, Andreas Ahrens, curator and museum director, told Live Science.

These criteria make it clear that when you label a food “disgusting”, that response reflects your culture and senses.

Balut, a popular Filipino dish, is a way to eat partially-developed duck embryos. They are then boiled inside an egg and eaten whole. Live Science spoke to Ahrens that he is quite adventurous regarding food. He couldn’t stop eating balut after he tried it.

The museum also offers a variety of food that will challenge the untrained palate. Ahrens called it “death by a little can” and said it smells worse than any other food.

A cheese from Sardinia tastes worse than hakarl, “su gallu”. To make sugar, one would first slaughter a baby goat who has just finished its last meal of mother milk. They would then remove the stomach from the goat and dry it. The cheese will be fermenting in the milk left behind.

The exhibit features 80 “disgusting” foods. Many are made from real food, while others can be smelt and tasted. Ahrens stated that museum visitors might be more open to other cultures and dishes after they have experienced the sights and smells.

“It tastes like gasoline,” Ahrens said. “If you eat too much of that, you have an aftertaste in your mouth for several days afterward.”

Do you recall the maggot-infested cheese from Sardinia, which was eaten by maggots? Ahrens says that maggot larvae can reach approximately 6 inches (15 cm) when you eat them.