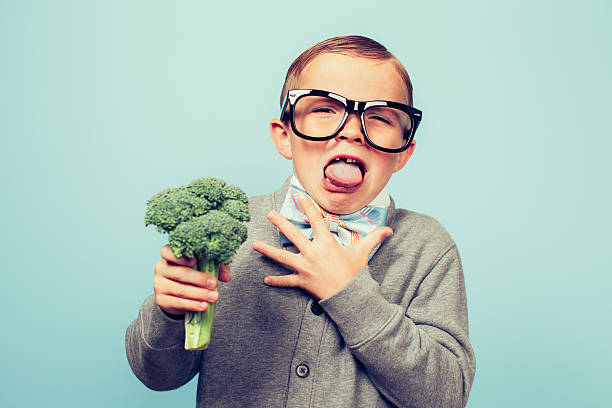 Some children can’t help but squirm when they are presented with even the smallest amount of broccoli or cauliflower. They’re not wrong. A new study suggests that certain enzymes in spit may make cruciferous veggies taste especially disgusting to some children.

These enzymes are made by various bacteria types that live in the mouth. The same enzymes are also locked away in the cells of Brassica. Previous studies on adults show that the amount of cysteine Lyase activity in one’s spit influences how much SMCSO is broken down and how many stinky molecules are produced. This, in turn, influences the taste of cruciferous vegetables in adults.

These past studies have shown a 10 fold difference in the sulfurous odours released by fresh cabbage when adults eat it. This happens because saliva-borne enzymes take it apart. The study authors were curious if the same variation could be observed in children, who are more sensitive than adults to bitter and sour flavours. The study authors speculated that children whose spit was contaminated with the most SMCSO-derived chemicals would be more sensitive to Brassica vegetables than their peers and adults.

According to the new study by the team, published in the Journal of Agricultural and Food Chemistry on Sept. 22, that’s exactly what they found. Both children and adults produced a variety of odours when they were exposed to cauliflower. However, this did not affect the taste preferences of adults. However, children whose spit contained high levels of these odours hated cauliflower more than any other study subjects.

Children were particularly sensitive to dimethyl trisulfide, a smelly compound that is both a byproduct of SMCSO and a product of decomposing meat. This was revealed by Damian Frank, a University of Sydney food chemistry scientist and sensory food scientist.

This new study involved 98 parents and their children, ranging in age from 6 to 8. The scientists took saliva samples from each child and mixed them with the raw cauliflower powder they had made in the laboratory. The scientists measured the SMCSO-derived smell compounds released by the powdered vegetable and found that each participant produced a different amount of sulfurous, stinky scents.

The study authors also found that the same noxious smells are released by broccoli but at slightly higher levels than cauliflower.

The children who produced the most sulfurous odours in their saliva were those who had the strongest dislike for raw cauliflower. The same pattern was not observed in adults, whose saliva produced a multitude of unpleasant smells. The study authors suggest that adults have developed tolerance to cruciferous vegetables over time.

These results are consistent with previous studies showing how tastes change over time. Russell Keast from Deakin University, Australia’s sensory scientist, says that repeated exposure can make us love foods we used to hate as children. Our taste buds don’t change; we just learn to love more foods through repeated exposure.

Children’s natural aversion to bitter broccoli and their insatiable craving for sugar may have an evolutionary advantage. Sweetness can indicate high energy in food, while bitterness can be toxic. Robin Dando, an assistant professor at Cornell University’s Department of Food Sciences, explained Bon Appetit. Children may be more sensitive to differences in taste and smell when they are young. Children can eventually overcome their aversion to smelly vegetables by trying new foods.

Previous Post
How do we promote healthy eating habits in children?
Next Post
What is the point of eating the same breakfast every day?